After years of playing music, mostly solo gigs, Terry had a "Flashback" and realized it was time to get back to his "Musical Roots". Terry has always remembered the good times he had during his band days with the Grass Roots, and Blue Rose, and the opportunity to get back to those good times has presented itself again.

Terry has put together a new band.  The music will lean toward the 60's & 70's, with a lot of classics from that era.  Most of the songs will feature the "Harmony" reminiscent of the Beatles, Crosby-Stills-Nash, The Grass Roots as well as many more chart topping bands.  You'll hear songs from the band members days in Chart Topping groups of that era.  One thing they promise is that it will be high energy fun.

Look for the "New Band" schedule under the "Terry's Schedule" tab.

"The Three of US" 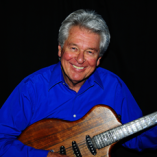 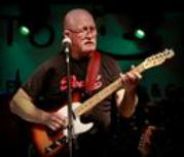 Paul Spradlin has played guitar in various bands across the country, playing between.  In 1967 he went on the road with Cory Wells, just before Wells formed Three Dog Night.  After a stint with Wells, Paul moved to Phoenix Arizona, where he met Charlie Gearheart in May 1968.  The two got to know each other, and within a couple of months Goose Creek Symphony had been formed.

Paul was born in Narvue, Ohio, near Portsmouth. He is not sure just when he developed his desire to play music but does recall an incident that occurred some time very early in his childhood that may have had a bearing.  Paul says "I remember going to parties with my parents as a kid where people would be playing.  Once I was standing outside on some wet grass and I touched an electric guitar string. The electric current knocked me on my butt!"  Around age 8 Paul remembers starting to ask for a guitar.  However, the first musical instrument Paul learned to play was the saxophone in school band.  Paul also took steel guitar lessons for a time.

When Paul was 11 the family moved to Albuquerque, New Mexico.  Paul continued to sample different musical instruments, including French Horn.  He acquired his first acoustic guitar, a Stella, and also bought a Gretsch lap steel at age 15.

Keyboardist Wayne Wright began piano study at the age of 5, and began playing in working rock bands in 1974 at the age of 16. A classically trained pianist, this New York native has done everything from original indy rock to cocktail jazz to Renaissance choral music. Wayne’s 40+ year career includes stints as a rock and jazz keyboardist, singer, choir director, composer and arranger, piano teacher and vocal accompanist. Since moving to Prescott, AZ, in 2013, Wayne has played with the local jazz band Mint, directed the choir at Unity Church of Prescott, served on the faculty at Yavapai Community College, and worked as a solo singer and keyboardist. Wayne is an avid road bicyclist and a diehard New York Giants football fan.